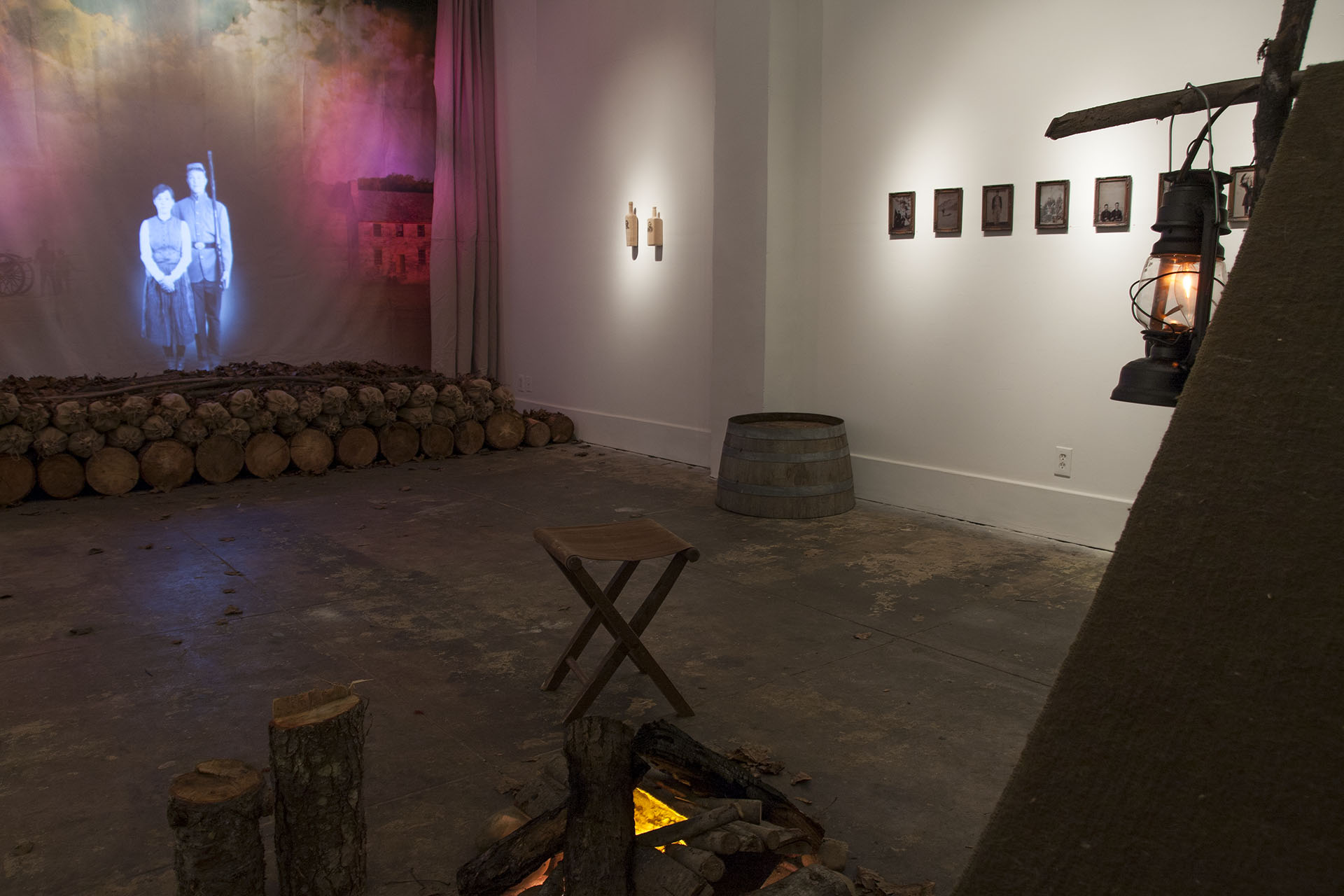 Mason Dixon is a continuation of Justin Colt Beckman’s ongoing investigation and comparison of urban and rural cultures and the characteristics from each that help define us as American. Going back 150 years to explore the Civil War and how it relates to the current divisiveness in American culture, Beckman uses video, sound, painting and photography to explore and understand both sides of America from 1861 to 1865, and the role he may have played during the bloodiest period of American history.

Beckman’s research included watching Cold Mountain, drinking a fair share of Rebel Yell Kentucky Straight Bourbon, and endlessly humming the tune for the Battle Hymn of the Republic to the point of nearly driving his family crazy. He even went as far as visiting Gettysburg, Pennsylvania, where he bought himself a pair of handmade wool uniforms from a local sutler – one in grey, the other Union blue. He stopped just short of joining a local reenactment troop, and opted instead to have a painting made in China of himself posing as Union General Ulysses S. Grant.

Having grown up in what was nearly a secessionist state, Beckman is proud that his childhood home of Kentucky fought on the side of the North to preserve the Union, and pass the Thirteenth Amendment outlawing slavery and involuntary servitude. Yet, he still wonders how all of Kentucky’s neighbors to the south could fight so relentlessly against the industrialized and urban North for a cause that was, as Ulysses S. Grant said, “one of the worst for which a people ever fought, and one for which there was the least excuse.”