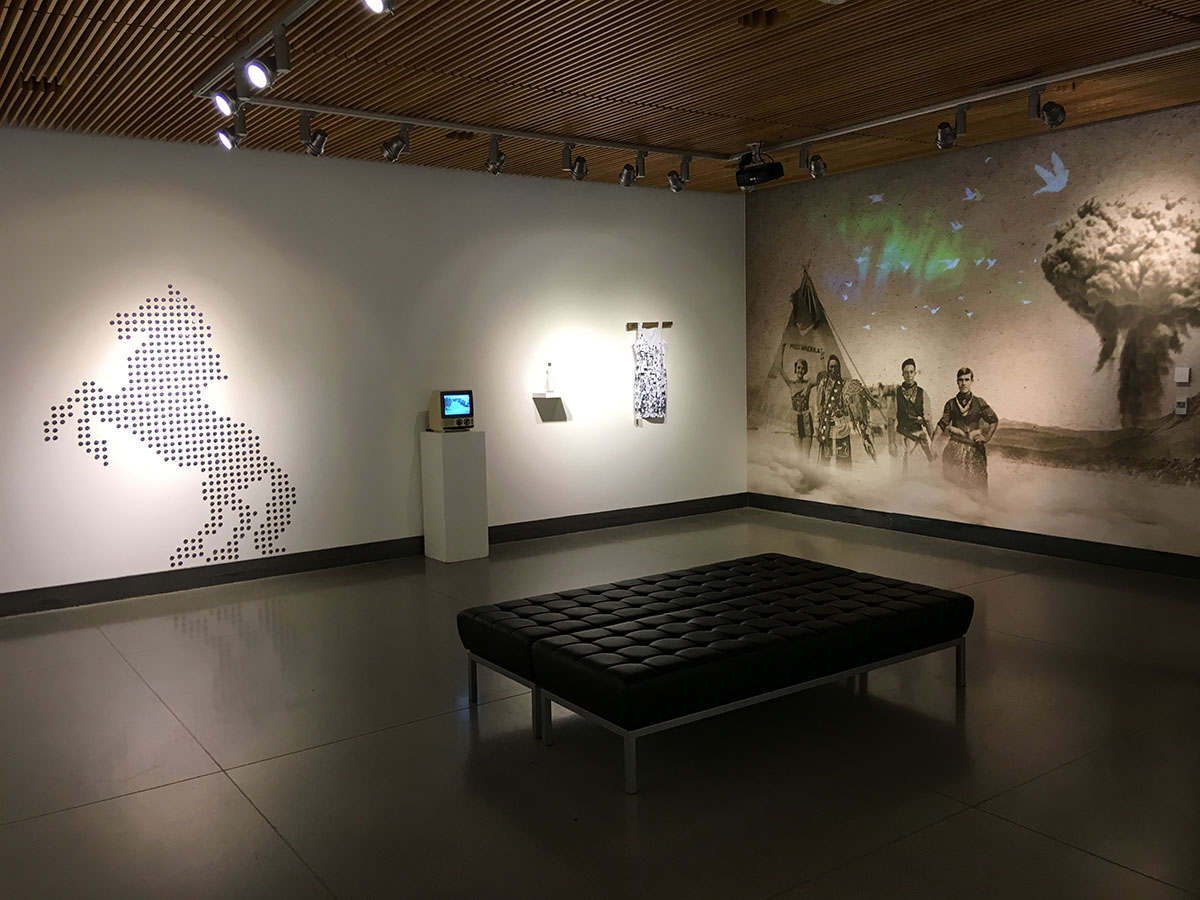 By justinbeckmanApril 3, 2019Exhibitions
No Comments

Continuing his ongoing investigation of urban and rural cultures and the characteristics from each that help define us as a star-spangled America, Justin Colt Beckman uses a variety of media to juxtapose contrasting subjects and time periods as a way to reinterpret the story of the American Union’s expansion into the Western Territories.

Through an exploration of the typography, symbols and icons that seem to shape our collective memory of the Wild West, “Happy Trails” questions the accuracy of staged historic records and embellished folklore told from the lenses of white patriarchal storytellers.

Why do classic Western films end with a kiss, a joke, or people on horseback riding off into the horizon? In the era of the “spaghetti western” would folks refuse to leave the movie theater if the words “The End” didn’t appear on screen? Why do so many western-style typefaces have spurs at their midpoint? Does a tumbleweed really tumble or does it just roll along? Who is the “Man from Laramie” and why do we care?

Beckman has been burning through the public library’s DVD collection of classic western films, sampling a variety of whiskeys with the word “frontier” in their brand names, and singing Roy Rogers’ hit song “Happy Trails” over and over in the shower in an effort to answer some of those questions.